'It's where the future is': How Kells aims to become a model for tech hubs outside Dublin

The project is nominated for a Bank of Ireland National Enterprise Town Award. 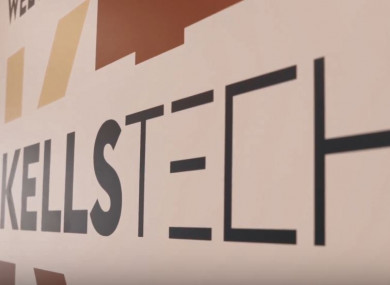 ‘IF WE CAN CREATE high quality jobs outside of the cities, there is huge potential there. I’m very passionate about supporting similar centres around the country.’

When Manager of Meath Enterprise Gary O’Meara travelled to these enterprise hubs in places like Wexford, Galway, Limerick and Belfast to recruit for a new education programme, he gathered a buzzing community of 22 companies, most of which were based outside the capital.

Like a lot other regional towns in 2013, Kells had a problem. It had a state-of-the-art enterprise centre and tech hub but as businesses were struggling, they had no companies to fill it. O’Meara explains:

Kells Tech Hub was practically an empty centre in the middle of the recession. But it was perfect to showcase what the town had to offer.

In the same year, Bank of Ireland approached them to see if they would be interested in becoming the pilot town for their enterprise programme, using the impressive space as part of this.

The Bank of Ireland National Enterprise Town Awards aim to reward the Irish communities that have come together to encourage enterprise in their area, with a total prize fund of €157,000 to help grow these businesses.

You can have a meeting with anybody in the world – it’s very high tech and available to everyone in the centre.

It also includes a 128-seater auditorium theatre with projectors and the capabilities to stream next door if there’s an overflow, amounting to a 250-person capacity in total. “Not a single business centre in the country has anything like it”, says O’Meara. 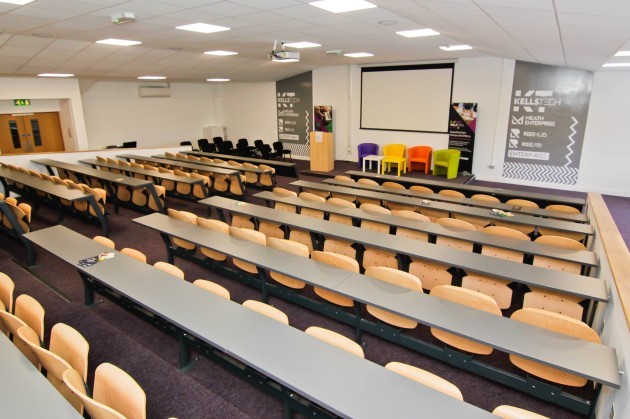 The idea of all of these features was to facilitate “peer-to-peer learning in a structured way” says O’Meara. One of these is EO Ireland, a global accelerator programme for small businesses which has been running for over a decade in 35 different countries with 250 companies.

And recently, Kells Tech Hub has been the backdrop of over 20 companies learning MIT graduate Verne Harnish’s model – a four-pillar strategy to grow businesses to €1 million euro. It involves peer-to-peer learning from real CEOs from around the world.

Within Kells Tech Hub, smaller companies are invited to workshops based on these learnings four times a year to continue to grow their business and have access to support and advice from these international trainers.

O’Meara sees their efforts at the hub as “a very powerful economic driver” and something that may have scope for other regions to mimic. In the future, they plan to build another state-of-the-art technology hub in Navan which will focus on what Irish businesses can learn from the likes of machine learning and AI.

It’s been five years since Kells was involved in the first Enterprise Town Awards and O’Meara describes entering the awards again this year as a “no-brainer”:

It’s kind of where it all began really, five years later we’ve gone from strength to strength and we thought, what better place to try and house entrepreneurship than in Kells.

Since then, O’Meara says the small Meath town has been invigorated by the likes of Men’s Sheds and The Smurfit Kappa Printing Works: “We’re doing a lot of good stuff and it was potentially kick-started by Bank of Ireland in 2013. It’s great to showcase how far we’ve come.”

“The town has a fantastic community spirit, even though it’s struggled over the years because of its location,” says O’Meara. “People will go as far as Navan but those extra miles are seen as a hindrance.”

For this reason, Kells was recognised by Europe on the Regional Aid Map which runs until 2020 and is designed to encourage large multinational companies to locate in Kells. O’Meara shares how they stand to get “10% – 30% rebates in tax paid.”

The Irish Development Authority too currently have a few projects in which they hope to have Kells as “a landing hub” for. As a result of encouragements like these, O’Meara says that the business park in Kells is full and that there’s a waiting list of companies waiting to get in.

And financial support has been huge in this: “Bank of Ireland and the role they play has been huge for driving that activity, along with the various consistent events they keep organising.” People have really engaged with these, says O’Meara.

For O’Meara, the town is a huge success story for the entire county: “Kells has found it tough in the past but all of a sudden it’s really putting itself on the map.”

Add your comment below!
Please note that comments are reviewed by the administrator prior being visible.